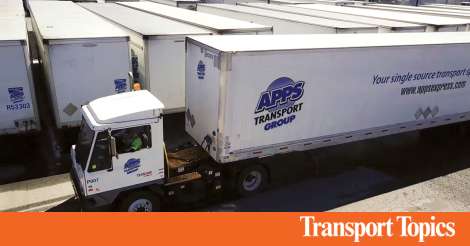 Mullen Group Ltd. announced a doubling of its profits and a record turnover for the fourth quarter.

Much of the revenue growth — about C$136 million — came from six recent acquisitions, CEO Murray Mullen said on a Feb. 10 conference call with industry analysts and investors.

Acquisitions allowed the company to expand into new growth markets.

“When you think about the tight labor market, acquiring good companies with great teams may be the best way for anyone to build additional capacity to serve their existing customers,” Mullen said. The company continues to review opportunities and may make further acquisitions this year, he added.

He said the company’s other goal is to raise prices, especially in the Canadian market. “That’s how we’re going to increase profitability,” he said. Rates in Canada have been lower than those in the United States by about 20%, he noted.

“It explains why US carriers have had such a great run over the past two years, with strong earnings and exceptional stock prices. But in Canada, we haven’t seen the same market adjustment,” Mullen said.

He noted that while the company has a “rough” goal of increasing rates by around 10%, it also creates a varied rate structure based on shipper preferences. Under this framework, the carrier will charge more to shippers who seek guaranteed service and delivery times and less to those who wish to be flexible with delivery times and use intermodal services instead of trucking alone.

Across all segments of the carrier’s business, fourth quarter LTL revenue increased 45.1% to C$168.8 million. A combination of revenue from acquisitions, strong consumer spending and increased fuel surcharges contributed to the gain. The segment’s operating income before amortization, a measure of operating profit, rose 45.2% to C$25.7 million.

Revenues from its logistics and warehousing segment reached C$131.8 million, a gain of 36.2%. This segment also benefited from the impact of acquisitions, as well as higher freight demand. The segment’s operating profit measure increased 23.3% to C$23.3 million.

Mullen’s specialty and industrial services revenue fell 3.3% to C$82.0 million. The decline came from a C$14.3 million reduction in revenue from the Premay Pipeline Hauling division and a C$3.3 million decrease from Mullen’s Smook Contractors Ltd. unit. Both were hit by a decline in pipeline and civil construction project activity.

Revenue from Mullen’s US and international logistics segment added $61.2 million in new business. Mullen said the segment was added last year and there were no comparable figures for the same period in 2020. It had an operating profit of C$2 million.