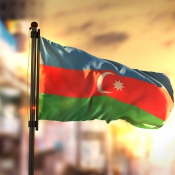 Azeri media reported on November 1 that the transport of natural gas through pipeline systems improved by about 18.2 percent from levels a year ago.

Azertag reported that the Baku-Tbilisi-Erzurum pipeline, also known as the South Caucasus pipeline, accounted for about half of the natural gas transport from Azerbaijan during the nine-month period ending in September.

The total volume of pipelines from Azerbaijan reached 25.4 billion m3 from January to September.

This provides an additional layer of energy security for a European economy worried about supply issues and soaring natural gas prices.

Much of the Azeri gas supply comes from the Shah Deniz field in the Caspian Sea.

BP leads the development of Shah Deniz. The company and its partners began production in July on the deep-water east-south flank of the deposit.

The project will produce 4.13 billion m3/ year at full capacity, a level that could still be reached this year. This would bring the field’s overall production rate to over 24.8 billion m3/year.

The additional gas will help the Shah Deniz consortium fulfill its existing sale and purchase contracts.

Shah Deniz’s second phase was commissioned in 2018, delivering natural gas to Turkey and Europe via the Southern Gas Corridor, the last section of which, the Trans-Adriatic Pipeline, began delivering gas at the start of This year.