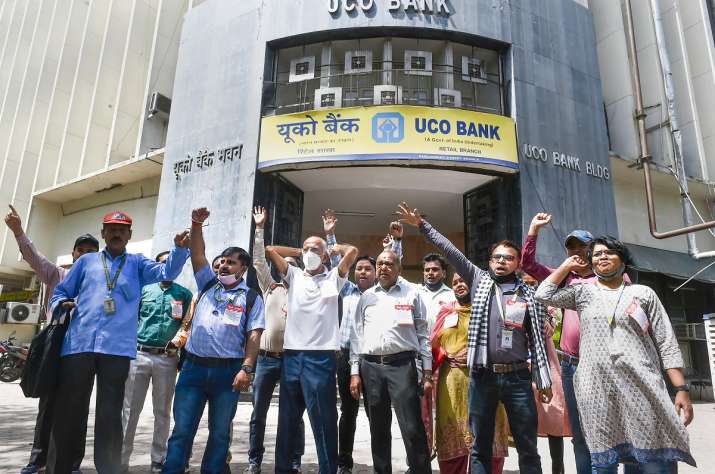 The two-day nationwide strike to protest Union government policies entered the second day on Tuesday. The joint forum of central trade unions protests against government policies affecting workers, farmers and the population. Their demands include the removal of labor codes, no privatization in any form, the removal of the National Monetization Pipeline (NMP), an increase in wage allocation under the MNREGA (Mahatma Gandhi Rural Employment Guarantee Act) and the regularization of contract workers.

Monday – the first day of the banking strike, the impact was significant in eastern India as many public sector bank branches there remained closed. In other regions, branches remained open due to the presence of officers, but services were affected due to the participation of many employees in the strike.

Banking unions are protesting against the government’s decision to privatize two public sector banks, as announced in the 2021-2022 budget. They are also asking for an increase in the interest rate on deposits and a reduction in service charges.

The central unions that are part of this joint forum are INTUC, AITUC, HMS, CITU, AIUTUC, TUCC, SEWA, AICCTU, LPF and UTUC.

Bank Strike in Bharat Bandh – The Overall Impact on Day 1

Public transactions at some bank branches were hit and public transport services were out of whack in states including West Bengal, Kerala and Tamil Nadu as thousands of workers joined the two-day nationwide strike in protest against the policies of the Union government.

Public offices, as well as educational establishments, were not affected by the strike called by nearly a dozen unions.

Some bank branches, especially in cities where the labor movement is strong, conducted very limited public over-the-counter transactions such as cash deposits and withdrawals.

The joint forum of central unions said the bandh-like situation prevailed in at least eight states due to the nationwide strike against various government policies.

“There is a bandh-like situation in Tamil Nadu, Kerala, Pondicherry, Andhra Pradesh, Telangana, Odisha, Assam, Haryana and Jharkhand,” the forum said in a statement.

According to the forum, unrest has taken place in many industrial areas of states like Goa, Karnataka, Maharashtra, Chhattisgarh, Punjab, Bihar, Rajasthan, West Bengal, Meghalaya and Arunachal Pradesh.

In Maharashtra, volume data from Automated Teller Machine (ATM) cash replenishment and clearing houses was not immediately available, although striking employees said it had had a profound impact.