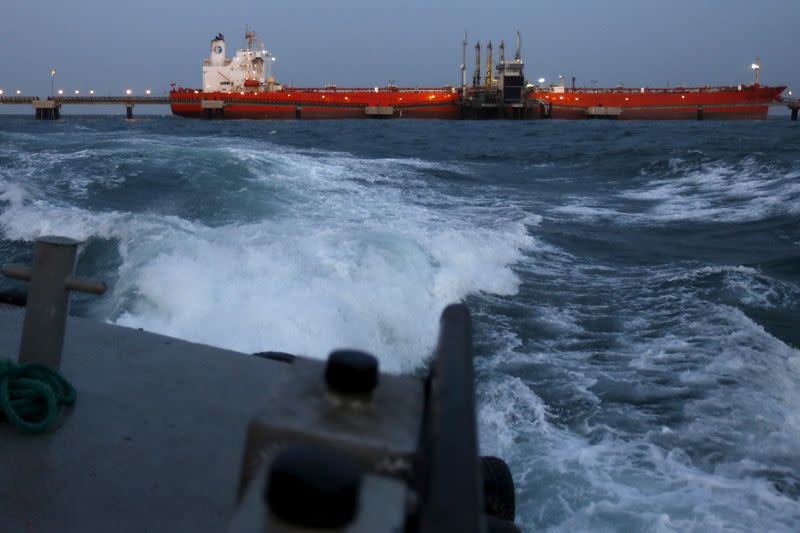 By Marianna Parraga and Deisy Buitrago

HOUSTON / CARACAS (Reuters) – An Iranian-flagged supertanker was set to leave Venezuelan waters on Saturday to carry 2 million barrels of heavy crude supplied by state-owned oil company PDVSA, according to documents seen by Reuters and the tracking services ships.

The shipment is part of an agreement between PDVSA and its counterpart National Iranian Oil Company (NIOC) which exchanges Iranian condensate for Merey crude from Venezuela. The trade aims to alleviate a severe shortage of diluents that has slashed Venezuela’s oil production and exports, Reuters reported last month https://www.reuters.com/business/energy/exclusive-under-us-sanctions -iran-venezuela-strike -oil-export-deal-sources-2021-09-25.

Dino I, a very large crude carrier (VLCC) owned and operated by NIOC’s National Iranian Tanker Company (NITC), on Friday completed loading Venezuelan oil at PDVSA’s port in Jose, according to documents, a source and a TankerTrackers.com monitoring service.

Bilateral oil trade could constitute a violation of US sanctions against the two countries, the US Treasury Department told Reuters last month, citing government orders establishing the punitive measures.

A spokesperson for the Treasury declined to comment further on the latest development on Saturday.

The ship arrived in Venezuela in September with its transponder turned off while carrying 2.1 million barrels of Iranian condensate. Light oil has fueled PDVSA’s Petrolera Sinovensa, Petropiar and Petrocedeno projects in the country’s Orinoco belt.

A second shipment of condensate of a similar size is expected to be delivered to Venezuela in the coming weeks as part of the exchange routine, which will be in effect for six months in its first phase.

Venezuela’s petroleum ministry, PDVSA and NIOC did not respond to requests for comment.

PDVSA kicked off the exchange last month by sending 1.9 million barrels of heavy Merey crude onto the Iranian-flagged Supertanker Felicity.

The exchange provides the OPEC country with a stable supply of blending materials needed to convert its extra-heavy oil into exportable qualities. The pact also delivers heavy oil to Iran for blending, refining or marketing to Asian customers.

Iran and Venezuela have stepped up their cooperation over the past year, even under the watchful eye of the United States, which in recent years has reimposed sanctions against Iranian state entities, including the NIOC, and in 2019 have blacklisted PDVSA.