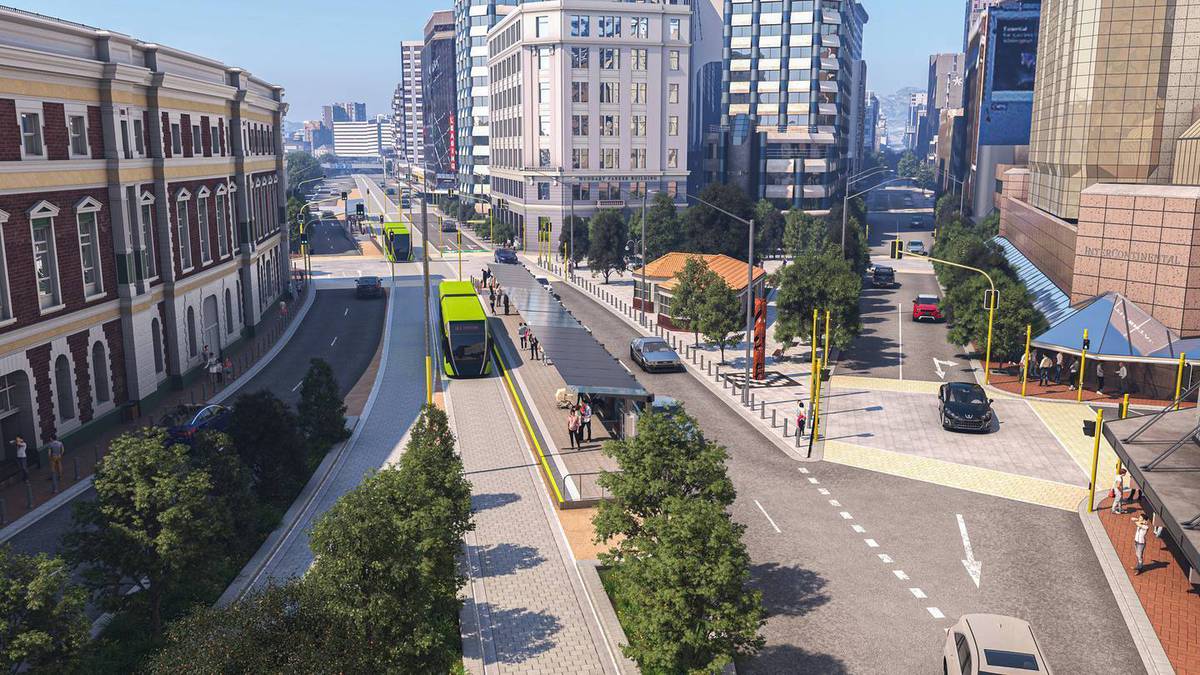 National says consultants are getting richer under Labour: $35m spent on transport ‘talkfest’

Refugees fleeing Ukraine are struggling in harsh conditions, borders are reopening to backpackers and fuel and food prices are hitting low-income families in the latest headlines from the New Zealand Herald. Video / NZ Herald

The Let’s Get Wellington Moving (LGWM) transportation plan has spent $35 million on consultants since 2017.

In the same period, just $253,000 has been spent building the multi-billion dollar scheme, which includes the city’s light rail proposals in Island Bay and a second Mount Victoria tunnel.

“Instead of making the consultants rich with endless talk parties and working groups, the government must go on and deliver the transport projects that Wellington needs, such as the second Mount Victoria tunnel.”

“Of course, the design of a major overhaul of Wellington’s transport system and the creation of an all-new transit system will require significant planning and consultation before it can be built. money is spent.”

New Zealand has about $65 billion in infrastructure projects planned over the next five years.

Te Waihanga’s managing director of infrastructure delivery, Blake Lepper, said this was a significant increase in infrastructure investment and was creating capacity issues across the sector.

“What we’re hearing from the industry is that the current market conditions are affecting the delivery of infrastructure.

“In some cases, infrastructure providers struggle to find the qualified professional advisors they need to support project design, planning and procurement.”

LGWM is Wellington’s biggest transport investment in decades – up to $7.4 billion over 20 years. This is a joint program between NZTA Waka Kotahi, Wellington City Council and Greater Wellington Regional Council.

Partnership board chairman Dave Brash said the transportation plan was designed to be led by a core team supplemented by consultants with specialist expertise.

“We mainly use New Zealand consultants, but go overseas where we need specialist expertise and advice not available here.”

“It is currently a tight market for such expertise and consultants themselves are also limited, especially in specialist areas.

“There are also major transport and urban development projects underway in Australia and the UK, for example, which are also competing for international talent.”

Wellington Airport last week launched a lawsuit against one of LGWM’s first projects, namely the installation of a pedestrian crossing on State Highway 1.

Brown said that crossing, along with reduced speed limits on Cobham Drive, would only slow Wellington down.

Construction on all of LGWM’s small projects has been slow to start and at the end of last year there were shovels in the ground at every two intersections.

“At the start of 2021, I was clear that progress on LGWM was unsatisfactory and that I wanted to see the project ramp up with initial physical work commencing by the end of the year,” Wood said. .

“Although small, I was still happy to see the first physical works delivered in November 2021, with safety and pedestrian accessibility improvements delivered at two intersections along Whitmore Street.”

Decisions on the preferred transit plan are also expected to be made over the coming months.