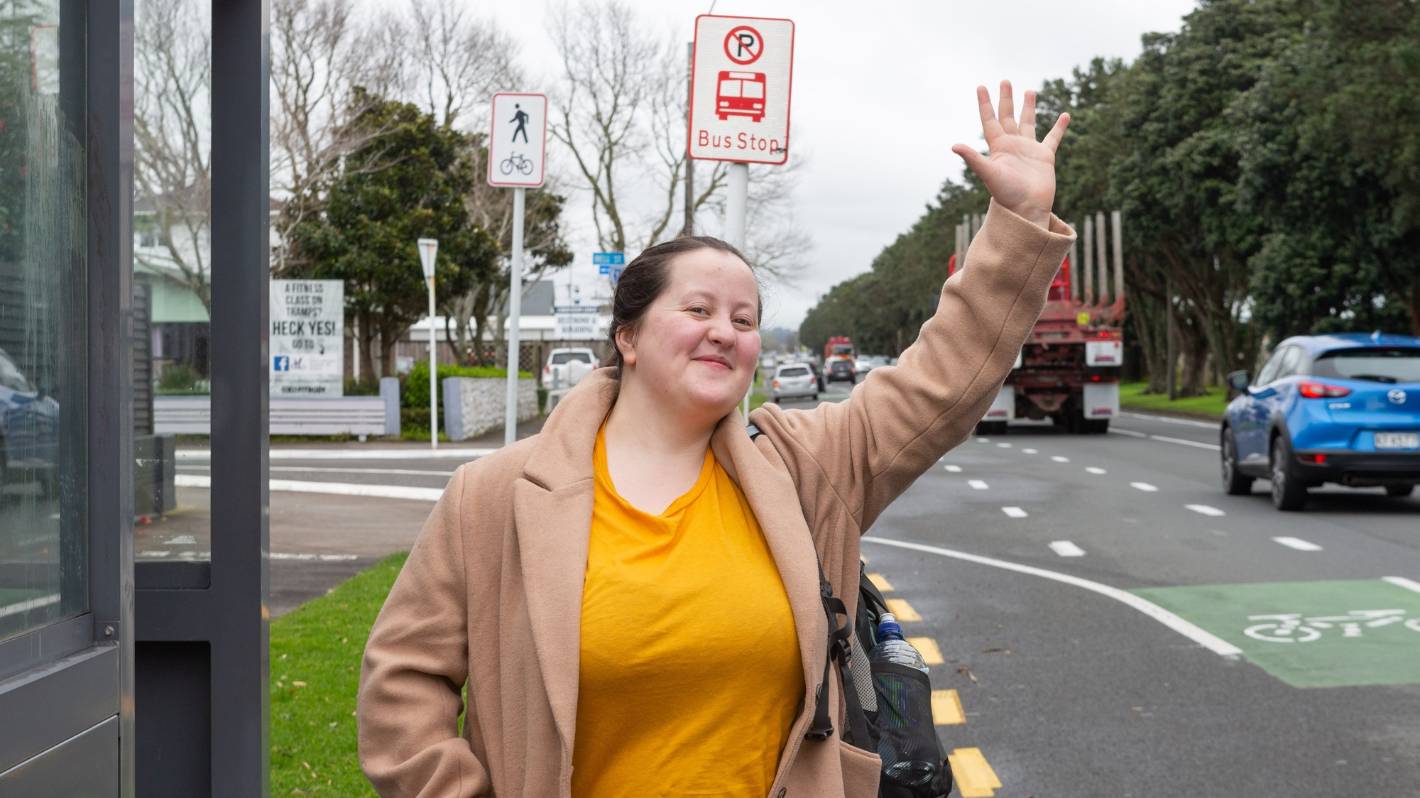 OPINION: Over the past few months, I have done my best to use Taranaki public transport. I take one bus a week to find out why our public transport is not used that much, and if it could be.

I have found that our bus service, while skeletal, has good bones. It’s reliable, fairly fast, and the drivers are helpful.

In our user group I like Taranaki public transport, members notice how the extra effort to take a bus pays off in other ways, like avoiding car seat battles with the kids or being able to just relax and watch the world go by on the way to work.

I also explored the environmental, economic and health benefits of public transport.

But we don’t get these benefits unless people use it, especially those who would otherwise drive.

The number of full-fare passengers has declined in Taranaki in recent years. (Although encouraging, school services are becoming more and more popular.) So how do we get more people on the buses?

Behavior change experts have several telling ideas. Jamie Silk, Sustainable Change Advisor based in Taranaki told me that people need to know why they should change – in the case of public transport, its impacts on health, money and the environment.

While it might seem obvious, I discovered that many people had never considered using public transport to reduce their own emissions, or that if we drove less, public money would save billions on every year. road projects and the health costs of air pollution and sedentary lives.

Silk says events trigger change as well. When London introduced congestion charging in 2003, no one expected the use of public transport to increase so much, so fast.

But that was in London, where public transport is full enough to be a good alternative for almost any journey.

A more positive trigger might be to make public transport more affordable.

After Queenstown introduced a flat rate of $ 2, the number of bus passengers more than doubled. Taranaki Regional Council (TRC) plans to try a simplified $ 2 pricing structure starting in early 2022.

Free public transport could help reduce barriers for low-income people, but trials abroad has shown that most new users were previously pedestrians and cyclists, not drivers. We will have to do more to move people from cars to buses.

There are more general factors, such as make cities more accessible on foot, increase housing density and speed up public transport via dedicated buses and railways.

There has been recent government action in all of these areas, but improvement takes time and a lot of concrete.

It’s great to hear that TRC plans to perform a full service to New Plymouth on Saturdays in December – let’s hope that continues.

But perhaps the most important factor in attracting more bums to the buses is the simplest and the cheapest: the often underestimated. power to just ask people to do something.

Swedish search found the use of public transport increased the most where there was political support and clear communication urging people to use it.

Neither the TRC nor the New Plymouth District Council, and few councilors, post much (if any) positive public transport content on their Facebook pages or websites.

With initiatives to improve public transport in the works, this would be a good time to start. What is there to lose? Does anyone hate the idea of â€‹â€‹cleaner air or less traffic?

How we ask people to use public transport more can also be important. Walking and cycling advocates tell me that one obstacle they find time and time again is the â€œGo Hard or Go Homeâ€ mentality of Greater New Zealand.

People think that becoming healthier or more sustainable has to involve huge and difficult changes, like riding a bicycle to and from work every day, rain or shine. Then they are demoralized by small failures and give up.

A small change can be a more effective door to a big change. My commitment to take one bus per week has become much more for me.

Because it’s so hard to find a suitable trip, I now think about every trip. My husband and I used to drive at least once a day, but now it’s more like twice a week.

Thinking about each trip made us not only take more buses, but also ride bicycles, combine trips, make more use of local businesses and carpool.

I love this quote from writer Reid Wicks: “When it comes to getting more people on public transport, it’s’ we haven’t tried anything and we’re all out of ideas.” ”

There is a lot that we can do to encourage better transportation choices – we just need to start doing it.

– Suraya Sidhu Singh is a New Plymouth based writer with a passion for public transportation.