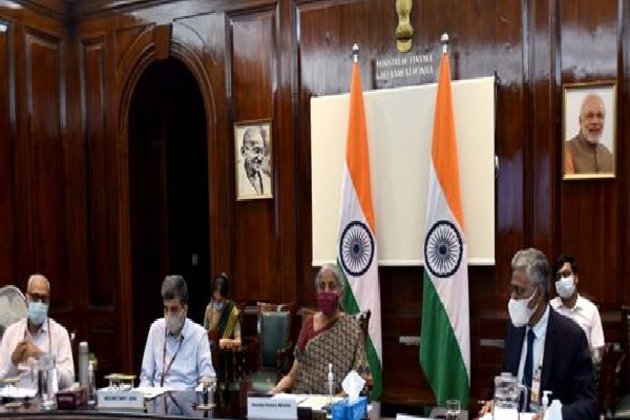 The review meetings were attended by the respective secretaries and senior officials from the relevant ministries.

According to the Ministry of Finance, the capital expenditure plans (Capex) of the ministries and their CPSEs for the third and fourth quarters, the achievements in capital expenditure of the first and second quarters, the expenditure incurred for the national infrastructure pipeline (NIP), the projects undertaken within the framework of PPP, the estimation of funds to be raised by the monetization of the assets and the convergence within the framework of the national master plan (Gati Shakti) were discussed during the meeting.

Sitharaman reiterated that infrastructure projects are a priority for the government and to achieve the planned vision of the Capex stimulus given in the Union budget, an increase of 34.50 percent over last year, he It is essential that the objectives of the physical and financial projects are spent in the first quarters of the fiscal year.

In the review with the Ministry of Road Transport and Highways, Sitharaman suggested that one could move from a quarterly review to a monthly review of specific projects to ensure project completion on time.

During the discussion with the Ministry of Petroleum and Natural Gas, the Minister of Finance observed that since refineries are key infrastructure assets essential for economic growth, their progress is an important part of the infrastructure sector.

The Steel Ministry said steel production is already at 90% of pre-pandemic levels and over the next two quarters is expected to reach its highest production on record.

The Minister of Finance observed that the steel sector has great potential and pointed out that the sector will benefit from the recently launched Production Linked Incentive (PLI) for special steels under Aatma Nirbhar Bharat for the production of special steels.

According to the Ministry of Finance, the series of review meetings starting last week of October this year is Sitharaman’s third session on CAPEX with various ministries and infrastructure departments and a continuation of the previous series of meetings held. in June 2021. (ANI)