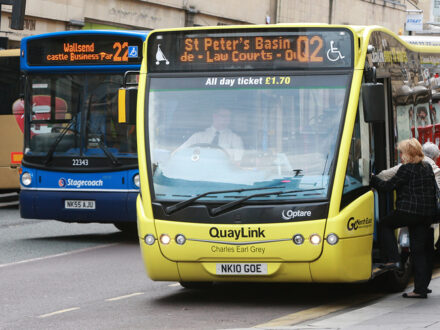 The Chancellor confirmed increased spending on improving transport in urban areas in England.

In today’s budget and spending review, Mr Sunak said Â£ 5.7bn of investment over five years would be distributed through what he called sustainable transport establishments in the ‘London style’ urban area.

The money will go to projects in eight urban areas, including West Yorkshire, Greater Manchester, the Liverpool City area and the Tees Valley. Among the initiatives expected to benefit from this are the renewal of the Sheffield Supertram and the extension of the Wednesbury underground to Brierley Hill in the West Midlands.

An additional Â£ 2.7bn has been earmarked over the next three years to maintain local roads in places that have not received urban settlements.

And an additional Â£ 2.6 billion is available from 2020 to 2025 to help provide a long-term pipeline of more than 50 local road improvements, including the A509 Isham bypass, the A259 Bognor Regis and the A350 Chippenham bypass.

In his budget speech Mr Sunak said the government had earmarked a total of Â£ 5bn to maintain local roads, “enough to fill an additional 1 million potholes per year”.

The budget and expenditure review also includes a Â£ 1.2bn bus fund to provide ‘London-style services, fares and infrastructure improvements’ outside the capital.

This is part of a larger package of Â£ 3billion investments in buses compared to the current parliament. Of this pot, Â£ 70million in funding for regional zero emission bus zones has been allocated to deliver buses and related infrastructure to Warrington, Leicester, Milton Keynes, Kent, Cambridgeshire and Peterborough.

The budget and expenditure review also confirms more than Â£ 2bn of investment in cycling and walking above Parliament, which will be used to build hundreds of miles of cycle paths and other facilities for improve the safety of cyclists.

In his budget speech Mr Sunak said the government would invest a total of Â£ 21bn in roads and Â£ 46bn in railways.