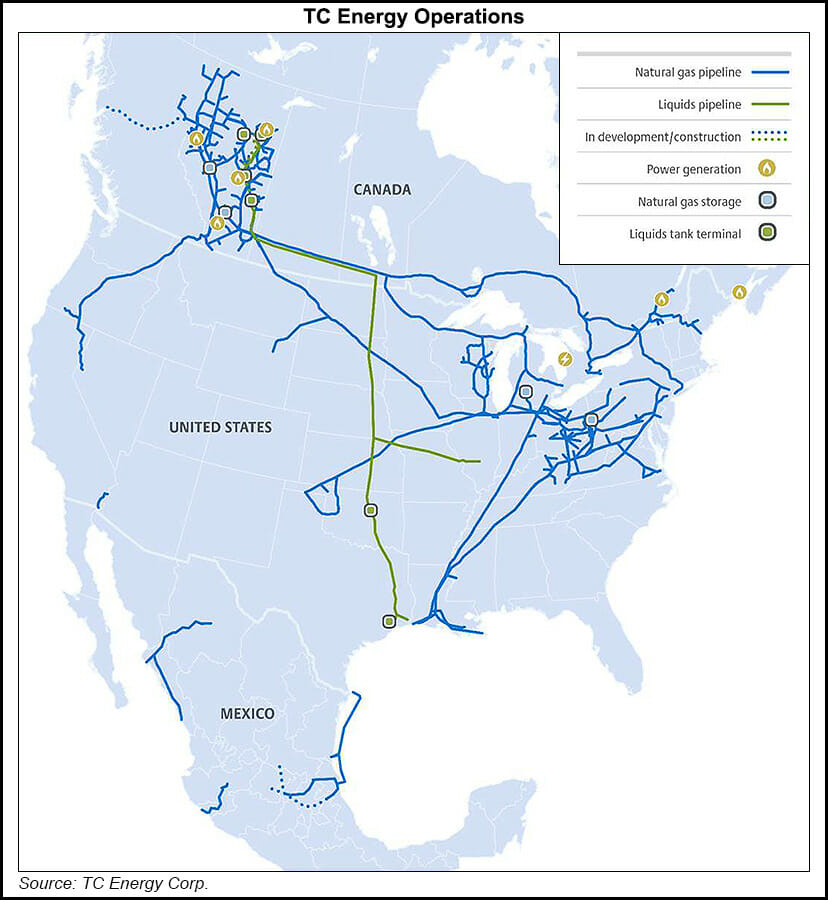 The binding tender to solicit firm commitments for oil transportation service on the Marketlink pipeline system was launched on Friday. Marketlink has a capacity of 750,000 bpd and is connected to TC’s Keystone pipeline system, which carries Canadian crude oil from northern Alberta to refineries in the US Midwest.

The expansion would shift oil supply from Cushing, OK, to destinations in Houston and nearby Port Arthur.

A TC spokesperson told NGI the company is working with potential customers to expand the service and is offering available system capacity “above our current commitments.”

The spokesperson also noted that its Port Neches Link pipeline project, a crude oil transmission pipeline, is more than halfway through completion and is expected to begin deliveries in the second half of 2022. TC is constructing the diameter of 36 inch, 3.5 mile pipeline through a joint venture with Motiva Enterprises LLC. The pipeline would connect TC’s existing Keystone Pipeline system to the Nederland Delivery Station and provide crude oil supplies to Motiva’s refinery and terminal, as well as other downstream infrastructure near Port Arthur, TX.

TC is looking to carve out a path to becoming one of North America’s leading energy infrastructure companies, turning the page after the cancellation of the Keystone XL expansion. The scrapping came after President Biden revoked the permit for the proposed 830,000 bpd project.

During the fourth quarter, the Calgary-based pipeline giant saw lower profits from its Liquids Pipeline business unit, in part due to lower volumes on the Gulf Coast section of the Keystone system. However, lower volumes were partially offset by an increased contribution from liquids marketing activities, reflecting higher margins and volumes.

Meanwhile, the intermediary has more than $18 billion targeted for natural gas infrastructure projects. About $4.4 billion is earmarked for power and storage projects, including $400 million to expand liquids pipelines. Open season information is available online or by contacting liquids_pipelines@tcenergy.com. Bids must be submitted by May 9.

The Rise of the Entrepreneurial Carrier: What Shippers Need to Know