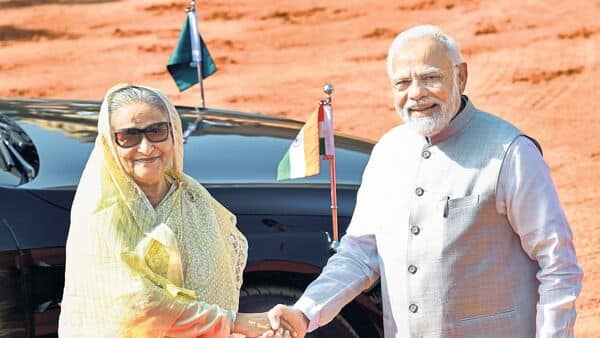 India seeks to extend pact to transport fuel via Bangladesh

India is seeking to expand its pact with Bangladesh to transport fuel through the eastern neighbor to the states of Tripura, Mizoram and Manipur, two officials familiar with the developments have said. The deal expires on November 30.

The passage through Bangladesh allows Indian fuel retailers to avoid the mountainous road through Silchar in Assam, which is prone to landslides. The only rail link connecting Assam’s Dima Hasao district with Mizoram, Manipur and Tripura and the rest of the country was washed away after heavy rains and landslides earlier this year.

“In case of disruption in Silchar, we will cross the India-Bangladesh side. That (the option) has been there, and it is there until November 30. We are trying to consolidate it and extend it (deal) further for transporting LPG and fuel, so instead of going through Silchar and the hilly landslide prone areas, we can cross Bangladesh directly to the Tripura border,” said one of the responsible.

The official said New Delhi should take up the issue with Dhaka. Under the pact, the OMC that carries the fuel pays a toll tax to the authorities in Bangladesh instead of using the route. “If fuel gets to Tripura via this route, we can supply Mizoram and Manipur more reliably,” he said.

The state-owned Indian Oil Corp. Ltd (IOCL) first sent seven tankers carrying 84,000 liters of kerosene and diesel from Guwahati to Tripura via Bangladesh in 2016 after heavy rains cut road links from Tripura to Assam, where it originates supply. This was done under a short-term deal.

Last month, IOCL signed the pact, which expires in November, and said the company would again test for transporting fuels.

Responding to a query, an IOCL spokesperson said, “The MoU for the movement of petroleum products from Assam to Tripura/Mizoram, via Bangladesh is valid until 30 November 2022. consent. “

“In this regard, we will request the relevant department of the Government of Bangladesh in coordination with the Embassy of India in Bangladesh and the MoPNG, GOI,” the spokesperson said.

So far, the arrangement has been adopted for short periods, mainly during monsoon and post-monsoon periods, when the usual interstate road is flooded. But the government now wants to expand the use of the road from Bangladesh so that trucks and tankers can enter the neighboring country through Dawki in Meghalaya, the official said.

Questions sent to spokespersons for the Ministry of Petroleum and Natural Gas, the Ministry of External Affairs and the Bangladesh High Commission remained unanswered at press time.

Floods in Assam have cut off fuel supplies to Mizoram and Tripura. Earlier this year, the two states were reeling from a fuel crisis due to the rupture of an arterial railway line and National Highway 6 linking Tripura and Assam amid flooding. As a result, both had to resort to rationing petroleum products in May.

The talks to extend the pact come at a time when India and Bangladesh seek to strengthen their ties. Bangladeshi Prime Minister Sheikh Hasina visited India this week when the two countries signed seven cooperation agreements in areas ranging from sharing river water to space and unveiled new initiatives for connectivity and energy.

Prime Ministers Narendra Modi and Hasina also reviewed the progress of the India-Bangladesh Friendship Pipeline, which will help bring high-speed diesel to northern Bangladesh from India.

* Thank you for subscribing to our newsletter.