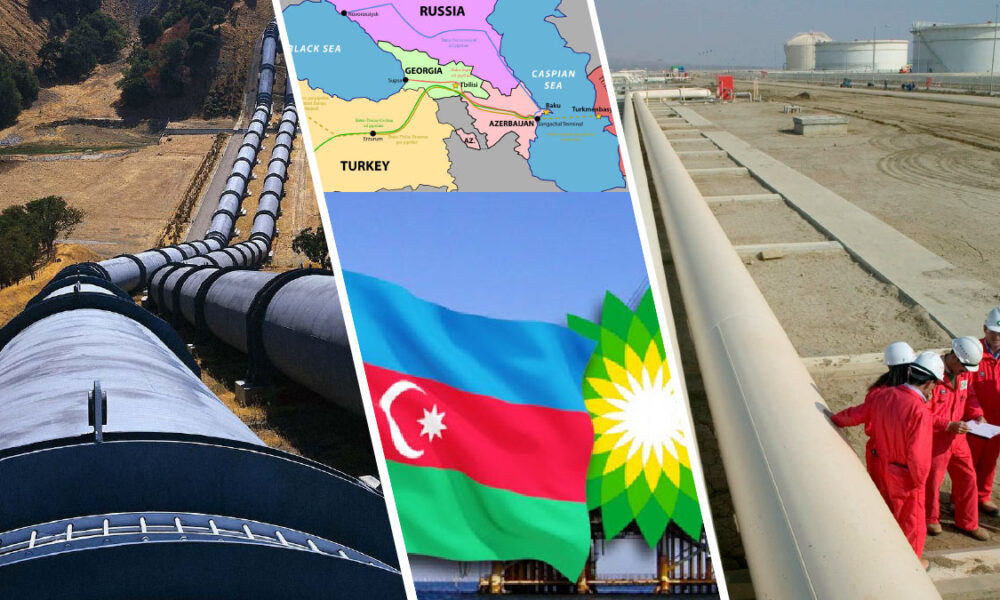 Since September this year, Kazakhstan has been selling some of its crude oil through Azerbaijan’s largest pipeline, Baku-Tbilisi-Ceyhan (BTD), as it seeks alternatives to the Caspian Pipeline Consortium (KTP), which the Russia threatened to shut down. This was reported by Reuters with reference to sources.

The agency’s correspondent reported that the Kazakh state oil company “KazMunayGas” is conducting preliminary negotiations with the commercial division of the Azerbaijani state company SOCAR. It wants to obtain permission to sell 1.5 million tonnes of oil a year via an Azerbaijani pipeline that carries fuel to the Turkish port of Ceyhan.

Volume just over 30 thousand. b/s is negligible compared to the usual 1.3-1.4 million b/s that flow through the CPC pipeline, Reuters notes.

The final contract should be signed at the end of August, and flows through the BTC pipeline will begin in a month, said the publication’s interlocutor.

According to two other sources, an additional 3.5 million tonnes of Kazakh oil per year could start arriving in 2023 through the second Azerbaijani pipeline to the Georgian port of Supsa.

In combination with the BTC flows, the total volume will be slightly over 100,000 barrels per day, or 8% of the CTC flow. KazMunayGas declined to comment to Reuters and SOCAR did not discuss a specific deal.

Thanks to the road passing through Azerbaijan, Kazakhstan will be able to circumvent the territory of Russia. Last month, energy company BP Azerbaijan announced that it would redo the flow of the Baku-Supsa pipeline to a larger BTC pipeline. However, the new BTC route means that Kazakhstan will have to use a fleet of small tankers to transport oil across the Caspian Sea to Baku via the port of Aktau. The latter has limited capacity, agency sources noted.

Kazakhstan’s oil exports account for more than 1% of global supplies, or about 1.4 million bpd. For 20 years it was supplied via the KTK pipeline to the Russian port of Novorossiysk, providing access to the global market. In July, a Russian court threatened to shut down CTC over environmental violations. After that, the government of Kazakhstan and major foreign oil producers entered into contracts with other companies.