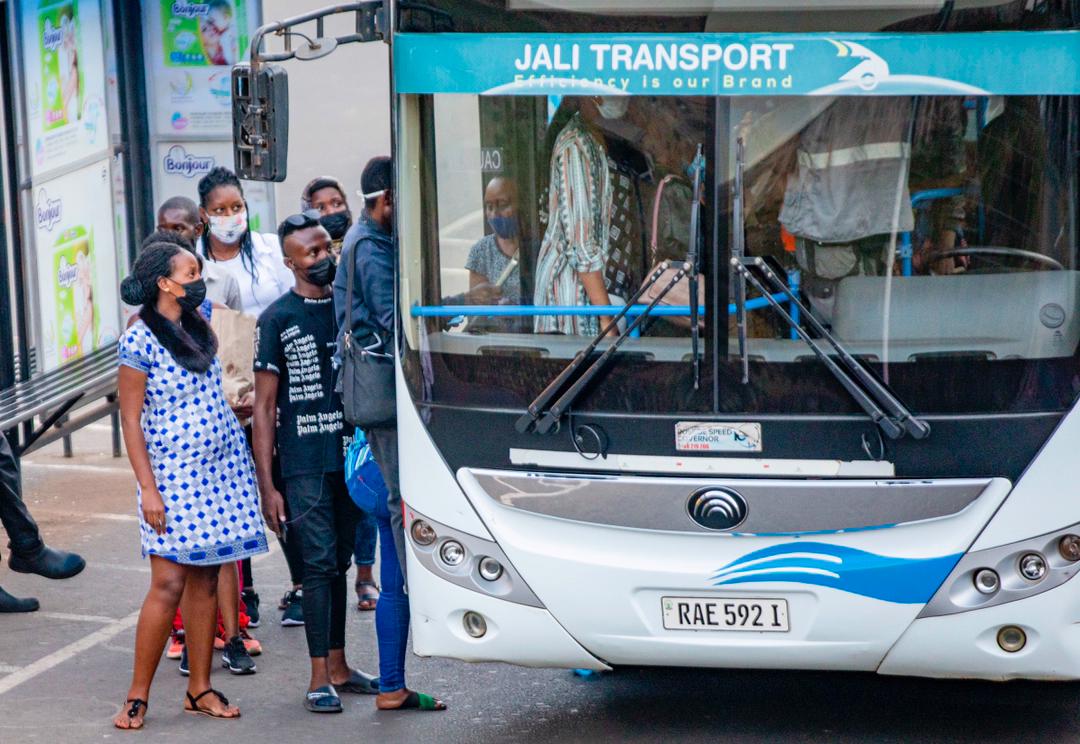 In 2012, the national census estimated the population of Rwanda’s capital, Kigali, at 1.135 million, making it home to 16% of the country’s population at the time.

According to municipal engineer Emmanuel Katabarwa, the City of Kigali needs about 500 buses to meet its public transport challenges, compared to 229 available. This involves an a-271 bus gap, according to Eng. Katabarwa.

“We are working with the Rwanda Utilities Regulatory Authorities (RURA) and Rwanda Transport Development Authority (RTDA) to encourage transport operators to bring in more buses. Apparently some buses are not being used wisely,” Katabarwa said.

Over time, the bus shortage has worsened the time commuters spend at a bus stop.

RURA Acting Director General Deo Muvunyi said the current average wait was up to an hour.

However, some commuters say they wait much longer for buses.

“I finish work at 6 p.m. and immediately head to a bus stop, but I go home after 9 p.m. You can imagine if you face the same challenge every day,” said Jack Nsanzimana, a resident of Kanombe sector.

Faced with this problem, transport operators question the licensing system that local banks consider unsafe. Their license lasts for 3 years which they say is a downside.

“One way to meet this challenge is to work together. More importantly, we need government support to secure our business. You cannot go to a bank to apply for a loan to buy buses with a three-year license,” Jules Cesare Ndabaganje, managing director of Royal Express told KT Press.

“Obviously you won’t get any money. The license should be extended to five years and more. This could allow us to obtain financing from banks.

Ndabaganje further alleges that the city needs to think about dedicated bus lanes to avoid traffic jams that affect the travel of public operators.

“Bus-only lanes could be part of the durable solutions. There are some challenges that need to be addressed seriously, if the delays are to be resolved,” Ndabaganje said.

Suggesting solutions in addition to bringing in more buses, Eng. Katabarwa said GPS-based technology or passenger information systems in the pipeline will monitor buses and track their movements to ensure passengers are informed of arrivals at different bus terminals.

Once installed in city buses and terminals, Katabarwa said it will allow commuters to follow certain bus routes and reserve seats on those buses.

“The system could help operators dispatch buses to terminals based on demand. Passengers can also reserve seats,” Katabarwa noted.

In 2013, RURA in collaboration with the City of Kigali hired three transport operators for a five-year contract in the city of Kigali. The companies are the Rwandan Federation of Transport Cooperatives (RFTC), Kigali Bus Services (KBS) and Royal Express which are divided into four zones of Kigali.

The terms were clear on how each company should increase its fleet to meet traffic demand. Since then, the contract has never been renewed and apparently the companies are not meeting the demand for traffic.

According to the news, transport operators will soon add a fleet of A-20 buses in city transport.