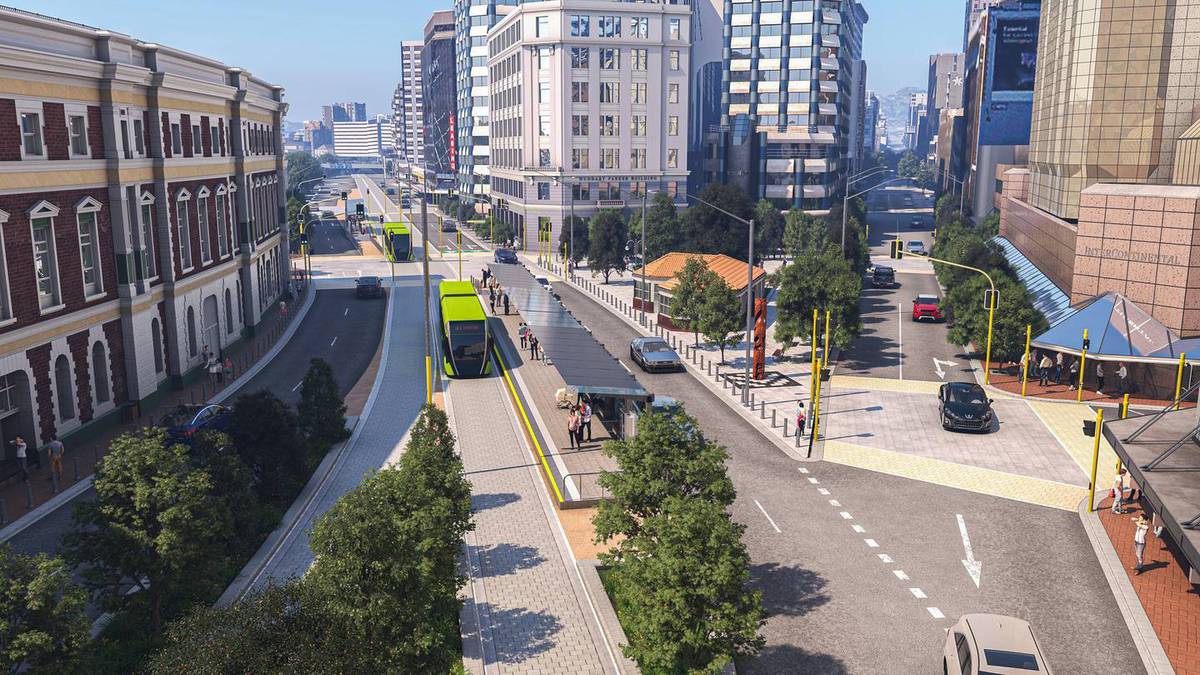 An artist’s impression of rapid transit in Post Office Square as part of Let’s Get Wellington Moving. Picture / Provided

The search for a new boss for Wellington’s $7 billion transport project has been unsuccessful, 10 months after the last program manager resigned.

Let’s Get Wellington Moving (LGWM) offers light rail for the city, a second Mount Victoria tunnel, the removal of private vehicles from the Golden Mile and other improvements for walking and cycling.

But the LGWM partnership board is struggling to find someone who wants to be in charge of it all.

In March last year, then program director Andrew Body resigned after a scathing review revealed the transport project was in danger of failing. Body had held the position for 18 months.

He had previously been accused of making a sexist comment to a local businesswoman after telling her: “You look better in the paper than in real life.”

Body later acknowledged the comment was negligent and apologized.

Since Body exited, David Dunlop, who was LGWM’s former technical director, has been the interim program director.

Independent chair of the LGWM partnership board, Dave Brash, told the Herald that they are still recruiting a permanent program director and are looking nationally and internationally for suitable candidates.

“It is a difficult time to hire experienced infrastructure managers, with major infrastructure works underway and with travel and migration restrictions due to Covid-19.

“The board is focused on finding and appointing the right person to the role, and we will publicly announce the new program director when selected.”

LGWM Governance Reference Group chairman Daran Ponter said the group was concerned about the vacancy but was confident the transport project was still in good hands.

“I wish the matter had been settled sooner, but I’m just grateful that we have such a great acting program director in Dave Dunlop.”

“We are also aware that the management of Waka Kotahi have sought to resolve the issue and ultimately this individual is an employee of the New Zealand Transport Agency and we have been assured that they have this issue at hand.”

The position was publicly advertised and applications closed yesterday.

The announcement stated that to be successful in the role the candidates would need to develop, lead and implement the entire LGWM program.

Applicants are expected to provide supportive and collaborative leadership and “have what it takes” to seamlessly engage in complex and multi-faceted business environments, the ad says.

“A project of this nature will come with some challenging milestones, which means maintaining momentum will be crucial. This way, you’ll be adept at setting goals and achieving them.”